32. Why "Angry Birds" is addictive gameplay? 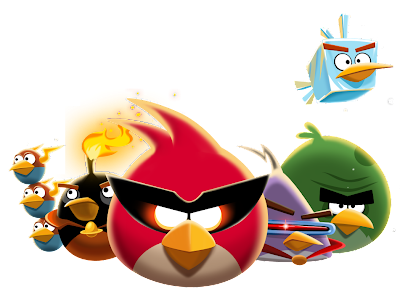 Not a game fanatic, but for the need of learning experience on design - trying to give a hand at the angry birds. Late to come to the party! But I have thrashed through 24 levels of 8 mini-episodes "Rio" in quick time with "diligent" euphoria & mania.The first few games never provide adequate chance to understand the palette of challenge,run & behavioral modifications that would one encounter going forward.

The important aspects that creates "unnecessary" prolonged engagement -
1. Unnecessary - a befitting word - keeping in context that one would love progression, but this game sometimes loops back to previous levels because of uncanny differences on "strike" & "impact" and prolonged engaged at one level - with multiple attempts due to positive addiction behavior
2. Subtle "Strike" and "Impact" [self-coined words] of the birds at various "points" (areas of impact) of the structure or opponent territory - provides different down-fall and dismantle of the structure
3. When there exist variation in hit/strike "points"; "Let me see how if it would work if falls on this particular point?" is a differentiated attitude/behavioral modal that emerges either planned or through serendipity means
4. How can you get three stars or higher points by utilizing less resources to destruct the opponent Pig sty/structure
5. Tend to give another worth try as a means to find a mode of attack in variance of swing, direction or through trajectory - once again planned or by casual serendipity
6. Learn about structural dynamics, look-out collapsing details of the structure - capture and utilize it in the next attempt as a key driver

I feel that the addictive game-play is also through assuage of attack, destruction which is more an easy exercise than building - which in itself is different behavioral attribute. It feels easy to do - easy to cling on and improvise. One thing for sure your target may miss - but its worth a try, that the object creates some form of down-fall; smaller successes to build initially.

Angry Birds calls itself in marketing notes as a challenging physics-based demolition gameplay, and lots of replay value.The certain appreciation of replay is what creates that addiction and "unncessary" mania in a prolonged manner - where progression in gameplay is not always the end but strange looping-back mode to previous levels is to be noted.

Posted by Natraj K Patham at 20:16 No comments:

Atom 31: Get a revolutionized system for LPG cylinders! 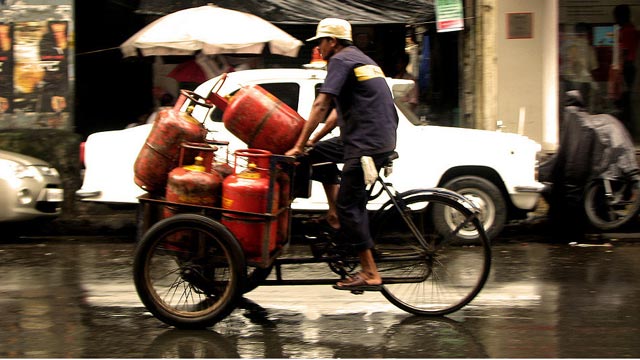 LPG Cylinders scarcity hit the turf sometime back in India, Government regulations now came into effect with supplying 9 cylinders per house-hold for domestic uses. LPG Cylinders became sole living entity in every house - you wipe it out from their family - they go perplex & motionless [pun intended]. Its such a essential partner that flow of life is driven = cooking and your primary life = food is all directly proportional. This is elementary stuff, but getting basics cleared first up.

Also Booking of cylinders have undergone serious transition in recent past - as Mobile Text booking came to effect and people busy seen text'ing nowadays against telephonic booking! This is a good move - where systems became mildly Hi-tech - for the benefit atleast.

Now, the crux of the issue is gas booking process remains broadly the same way when you need to count the behavioral attributes. Manually, count the days it works for you generally - keep tab of the calendar - shoot the SMS (priorly telephone to book) - and now await for the newer one - you can use another cylinder if the first out empties (if you had booked for 2 cylinders quota initially), How affordable is it for lower-middle class people - I reserve it to your guesses.

Now basically the cylinder gas that dwindles is not measurable - People need to know how much of gas is left? A nifty system to measure gas volume apart from weighing it out needs to be fixed. This brings in fact that you have a method to measure,monitor or perhaps control my gas usage effectively. Now if this is overboard - can this be tracked with a dashboard and give me effectively all metrics - such as i get better to control my usage levels and understand the wastage. I think Government needs to address in behavioral attributes - self actuate people by themselves.

Next, I dont stand with the fact that cylinders need to be booked every often 45-60 days - which puts an additional work on my regular schedule. Don't make me think! I say: Don't give me extra work! How could this be done? Get a settings firstly set-up whether your family needs frequent top-ups or cyclical or its quite sporadic (if you live in two places and keep travelling). Example is that I lived in bangalore and only used 2 cylinders per year it means - I have to know this pattern in the first place - so I can choose in the first year 4 cylinders - this against a benchmark that my whole family of 4 uses 6 cylinders a year.

Now I get this setting done either approximated or measured - but when I make it "4" it means a quarter I need a cylinder. So let the system message me saying - "Hey you have a booking pending-What would you want to do?" Now if I had my Measurement stick or system in place - I go to it and read that half-empty cylinder is still intact with me. So I can reply to the Message stating - let me push it by a month's time. Now I am understanding a pattern for my first time usage - also I know how good am using - how frequent - I learn that I use it preciously or dearly (may be tie a Gamification measures or give me a discount on my next cylinder since I have saved some precious gas for the country) - I know my money spent - I also take all this to get my settings count right - all happening in a loop.

So, it means I have moved from Mechanical ways of booking a gas to a Humane Model - a citizen governed model. If not being a country-man, I think you can drive people to be a family-man by atleast inculcating subtle educational model in the gas usage.

Take the pre-booking of 9 cylinders to the family - the best way you get discounts is to push the usage of your each cylinder - means you have learnt effective usage of expending gas!
Posted by Natraj K Patham at 05:58 No comments: