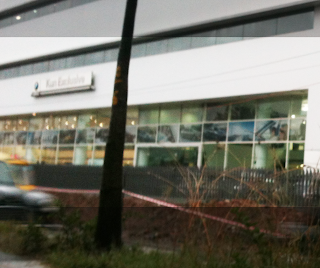 Recently car power-house BMW opened a new showroom on GST Road -Chennai. Neatly flanked in a usual glazed facade, mundane view as the scene everywhere, nothing extraordinary. It had a very different branding on the glazing - not that astonishing! - But worth a talk. Why it looks special? It holds a story board on the facade, before the eye settles deep inside to graze the cool cars - with series of linear rectangular (1:2.5 ) billboards (as appears in the image).

The Storyboard could have been better proportioned, to admire instantly. But nevertheless, these billboards captured driving essence or the story which BMW fixated with a family. Now as BMW a brand, that can print glossy banners, life-size or facade full-blown screens and pulsate a visitor. But they have made a subtle essence to the branding, which was not jarring but optimal and lively.It blended simplicity but had emotions.What kind of emotions? Happiness, Family value, Moments coupled with the product, How often would you see facades hold such branding elements? Agreed, they adorn the interiors. But there exist a neat idea for most businesses to replicate this scene.

All does know its a brand of its own class. But when the brand looks to reach to people humbly, is more often a cinematic experience to the passer-by, some wondering a day to step-in and belong. Who said machines are machines? But they are used by humans, and machines are emotionally related, atleast in the sub-continent, and there lies a connection.

Now stepping aside and looking at Audi, another new showroom in the city, with narrow frontage, but enlarged it visually - by creating a void next to two buildings at the front. Created a vacuum to find what is missing betwixt two adjoined building, drives one in - and there you find gorgeous Audi scintillating in dazzle halogens, just at your eye-level view - and when the door is shut - a huge Audi banner on the facade - creates a sensational, dazzling sight - primed to be prestige and adorned.

Both had a very different approach to the way Emotional branding is created - one which elevated feeling of being simple (it just meant, make your money and come here-we are also simple like you, and join the family), and another says you "rule the orb" if you had the money and your next shopping place is here -be in the floodlights - Come on in!
Posted by Natraj K Patham at 03:19 No comments:

Its been constant wonder affair in watching how Child respond to external environment. Never they show disinterest on new objects, weird particles, oblique shapes, mundane pieces and much more. I been regularly driven into & engaged with passion on observing my niece, an 18 month-er.Its what Surplus of things that marooned them - nothing but Child's delight! 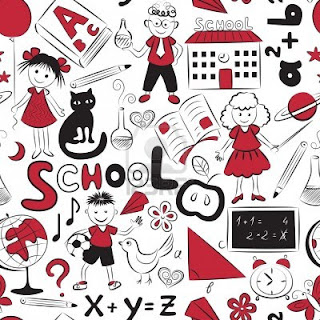 Recently, she had the dough (much in quality of a clay) - which really took her in great amazement. Her beaming face and readiness says it all. The amount of tenacity and elasticity the dough provides, really became an experimental tool for an hour or so. Her time with usual toys and playthings have become less, against she is an involved player with some of the other things - sound of bikes, car engines, freight rail, crow hopping, texture of ladle, glittering silverware, wardrobe closet, tail-gating, dirty slippers, wooden door, pencils, crayon & writing tools, pretend book reading, ipad gaming, gesture, phone dialing & follow people. More a factual note is that linkage with external stimuli and observation, rather than to sneak in their own world to mind their own business. Surplus of things that surround are just the delightful world that she wakes up, dreams about and sleep's over.

How often we been taken by surprises and interrogate the world around? How good do we use the tools at hand with greater respect and skill? The need to experiment, observe, wonder, ponder and sleep over is often a designer's delight too, but at the hindsight - children do this with utter sheer joy - with natural ease. Its surplus of things that we live with, and let it naturally be observed with joy and consumed upon.
Posted by Natraj K Patham at 00:14 No comments: