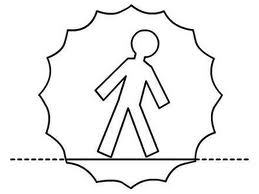 It took me by surprise that the same contextual warnings have taken a new twist, when there was a smoking scene or a pub that appears in the movie - The warning said "Smoking causes cancer, Smoking kills. Drinking is injurious to health". This is quite phenomenally a differentiated perception, it awestruck me when reading it causes cancer (though I do not smoke for good!). The perception relatively says the end result, says that the action will lead to "this" consequence. This is widely how it can create panic, atleast it did to me. The good thing of this warning is that - it drives to frame a visualization of what an action can do. It is not generic and it is to the point. Though I still knew it can cause cancer apart from many other diseases, but when the message nails it to one particular huge disease - then your perception sways like a pendulum largely.

In the contrary, if you have to read "Drinking is injurious to health" - it now brings a context of that Smoking is more severe than drinking, Oh! this causes cancer but the other one is ok (quite injurious alone). It puts Smoking more alarming than drinking. I don't know if so drinking is not a behavior that leads to deadly disease!

I think drinking as a culture is a part of Western civilization a way to socialize and live to beat the cold weather. Frankly though in part of Asia, both these habits are quite a sinful or uninvited practice on basis of religion, customs or rituals.

The warning message is weird and neatly presented with the content saying what it has to. Atleast the first half had a message that puts viewer by surprise, panic and emotively perplexed - considering the earlier standards which was seen on cigaratte boxes, billboards and TV channels that was just a plain vanilla and sits without much invitation, though it was just saying what it has to. But the message "Smoking causes cancer" is sometimes to be treated as stern note, caring voice or consequential highlight.
Posted by Natraj K Patham at 03:21