Lets comprehend the way one would pick an unknown Chocolate box. The insight is much a qualitative analysis against a scientific attachment to it. Various size, packs, colors, materials, textures all clamor and entice to be picked! So which one would you chose? 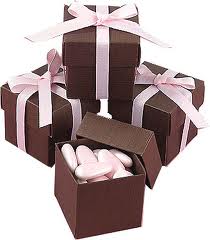 Considering a foreigner who would pick a Chocolate box from a retail store with differing brands (more probably unknown) - is relatively a choice of probability! This vs That, A vs B. What exactly would she be thinking? What is her thought process in finding the better or best one? Though there could be reasons were she would chose a flavor like dark chocolate, but once again there are differing brands in each of the particular flavor or ingredients. Had marketing research or behavioral scientist studied such a case? And if so, they also know that's to do solely with one thing!

It should be easier for the resident or a brand conscious person to pick from the lot - a more appropriate or trusted or tried out brand, But what if in case somebody would want to try a new chocolate brand/tag ? What if though its not a foreigner but a local person who undergoes the similar confusion over choice. Rightly so, pick both or more packs and try out at one stretch, easy go! But lets put in an assumption of one would need to chose one among it for some reason, narrowing it, say for worth of dollars!

It was quite a fact that Packaging design of the Chocolate box brings to the forefront in finding or picking the choice. Its an emotional decision that drives to narrow down against the options, highly the color, texture, the richness of the package drives consumer intention aligning towards the Chocolate of choice. The richer the box looks, a feeling or trust that the package content will also seem to be richer. On comparing "Cadbury's" traditional dark blue glossy skin (glowing blue in my intention looks non-enticing, and superficial) to against more rustic, rich, golden-brown local brand - the well known Cadbury's is not alluring in any manner on the outside. The rustic look creates a sense of honesty, straight-forward appeal, wherein rich golden-brown color is so closely linked with the actual content. The local brand may win here, but creating first impression and first experiences of buying, certainly connect customer with the story of choice everytime. The local brand soon will become the choice in future shopping, if deemed worth! Most of the CPG products needs a connectivity through its first skin, or rather superficial layer - the package to drive people to touch, prefer and buy.
Posted by Natraj K Patham at 12:09